Linux for Network Engineers: How to Set Route Priorities 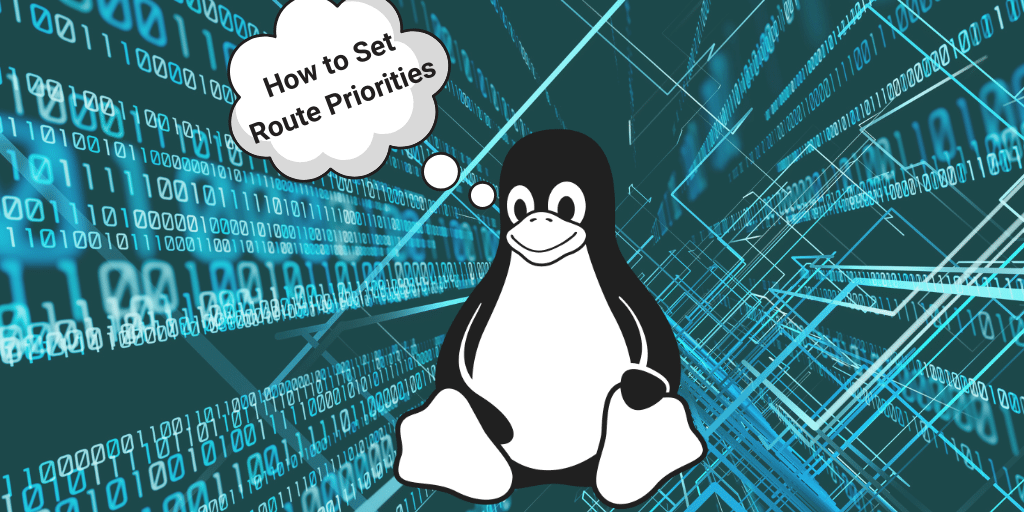 Let’s consider the following scenario: you have a Linux host that has more than one network interface, both are routable and both are up and running. How do you determine which interface or route is used when trying to reach another host?

In other words the routing table looks like this:

As you can see, we have a WiFi wlan0 and a wired eth0 interface.

To remember this relationship think about network packets as electric current flow and metric as resistance: the lower the interface resistance the higher the priority on that interface.

The question is how can you manipulate the metric to suit your needs. A typical use case is having a host with a WiFi and a cellular interface, and prioritize the WiFi one when both are connected.

The utility that can do this is called ifmetric. It can be installed as follows:

It’s very simple to use and does one (and only one) thing, which is to set the metric value on an interface, shown as follows:

In the example above, wlan0 has higher priority than eth0. If you want to reverse that, you can do the following:

Note that now that eth0 has higher priority is listed first in the “route -n” output.

If you are using dhcpcd then you need the following configuration in /etc/dhcpcd.conf:

When the metric is the same for both interfaces, the one listed first in the output of “route -n” is the one that has the higher priority:

Keep in mind that the metric also depends on the dhcp client that handles the interfaces. For example, if you are using dhcpcd as a DHCP client, according to its configuration, the metrics are configured as follows:

I haven’t been able to find any documentation about dhclient’s approach to assigning the metric value.