I am ecstatic to announce that NetBeez version 10.0 is generally available with features that aim at simplifying the remote monitoring and troubleshooting of remote end-user experience. The rise of Work From Anywhere has increased the stress for IT Operations teams that are dealing with a higher than pre-pandemic volume of help desk tickets. According to EMA’s post-pandemic networking report, two of the top causes of remote end-user experience issues are VPN connectivity and the network service provider. 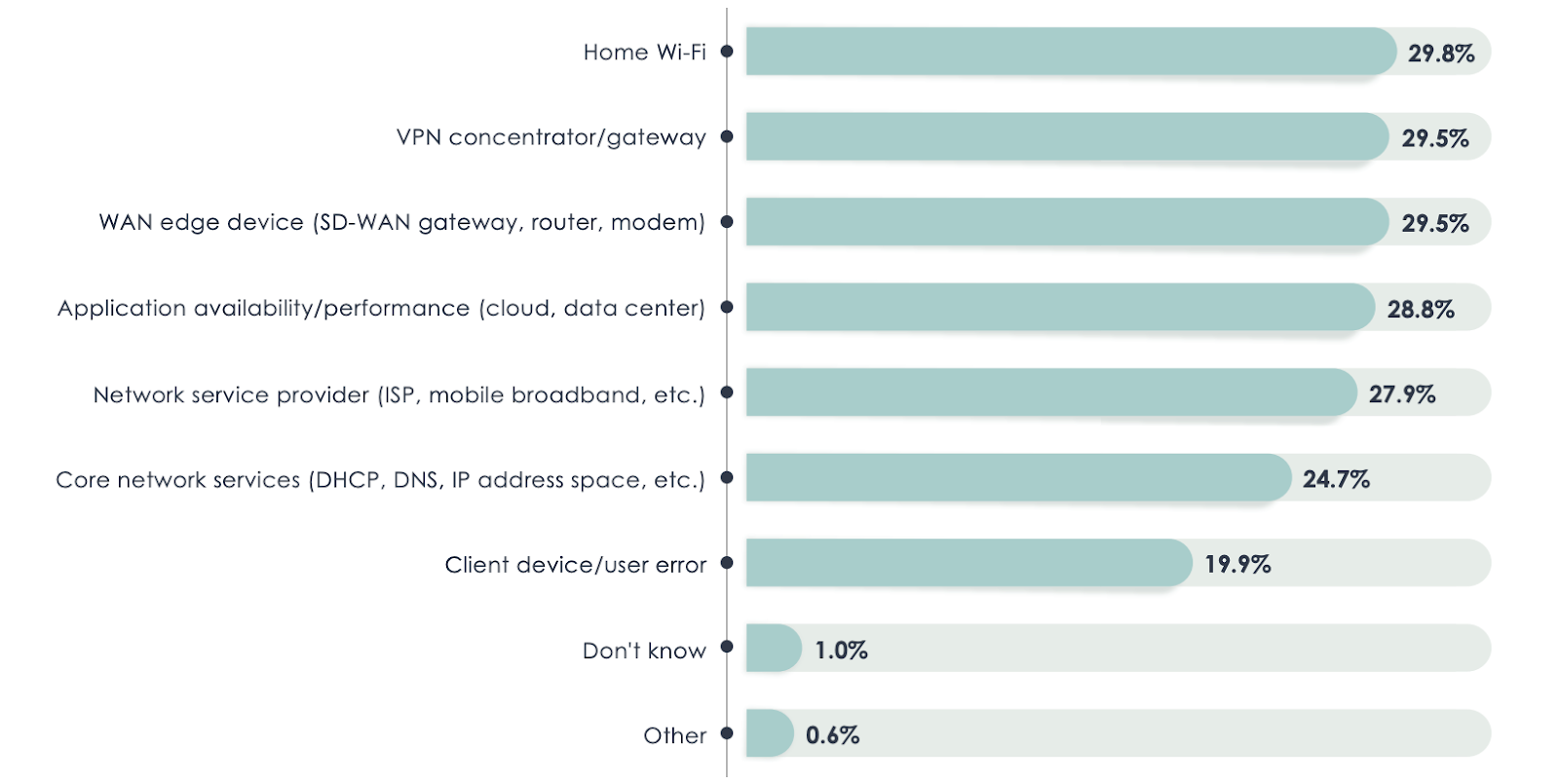 Since the release of the remote worker endpoint for Windows and macOS, NetBeez has helped organizations with distributed workforces to gain visibility into the home office. This release further simplifies the troubleshooting process of remote end-user experience issues, empowering the help desk team to reduce time to resolution and ticket escalations to higher levels.

With this release, a target can be associated with the status of an endpoint’s VPN interface, and pause the tests, and alerts, when the interface is disconnected by the user. When enabled, this setting avoids generating false positives, and triggers alerts when there are real problems with the VPN tunnel.

If you want to learn more about VPN monitoring, attend this week’s webinar hosted by Panos. During the webinar we’ll go through the process of setting up agents and targets to accomplish this goal.

Users running scheduled speed tests on a large number of endpoints (e.g. hundreds) noticed that offering only bar charts to print the results was not the most effective way to aggregate and compare remote users’ performance. Before this release, each of the three metrics reported by a speed test (download, upload, and latency) was printed on a separate bar graph. With this release, the user can select up to three metrics that should be included in the chart. For example:

The following charts display the first and third case.

Another feature of this feature is the ability to select filters based on endpoints’ attributes such as agent type, ISP name or ASN. Filtering can really help when identifying fault domains based on endpoints geographical location, for example.

In this release, the development team at NetBeez has also introduced many bug fixes and backend improvements. Without going into details that I would not be able to explain myself, I can just confirm that server resources and dashboard responsiveness has greatly improved especially for very large deployments. The following screenshot displays the CPU and memory utilizations and how they changed after having applied the 10.0 update on a server that was bogged down. More bang for your bucks, folks!

We hope that you liked the new features and improvements included in the current version of NetBeez. You can read the full release notes on our online documentation, which was updated to reflect the new features.  With 10.0 concluded, we’ll spend the following four to five weeks working on minor enhancements and bug fixes that will be included in 10.x versions.